This dazzling fall season thus far has included WhiskyFest events in San Francisco and New York City, and crowds of avid fans flocked to both to taste hard-to-find drams, new releases, and some familiar favorites as well. WhiskyFest San Francisco was held October 28th, and New York followed on November 3rd. Next up is Las Vegas on December 2nd.

At the Marriott Marquis in San Francisco, VIP ticket holders had an opportunity to taste rarefied pours including a 30 year old single grain whisky from Fuji Whisky, Benromach Heritage 40 year old, and St George Spirits 40th Anniversary single malt. Buffalo Trace had skipped the 2021 WhiskyFest events, but was back this year to a tidal wave of people at the booth. “Right when we started it was a mad dash of humanity—a wall of humans came straight for the Antique Collection,” says Buffalo Trace brand manager Tyler Himes. “After that first hour though, we had great conversations, and a lot of people were excited about the Weller single barrel.”

Beyond the VIP Hour, there was still plenty of whisky to enjoy, with over 400 different pours available. The whisky regions of Scotland were well-represented thanks to the likes of Ardbeg, Bruichladdich, Octomore, Compass Box—where master blender John Glaser was pouring up tastes of his whiskies—Glenmorangie, Glen Moray, Gordon & MacPhail, Talisker, and Dewar’s. Japan was also heavily accounted for, with Nikka, Yamazaki, Fuji, Kikori, Hatozaki, and more sharing their wares. Irish whiskey fans could take delight in the presence of Powers, Glendalough, and Knappogue Castle, while French whisky Brenne was also among the international names. 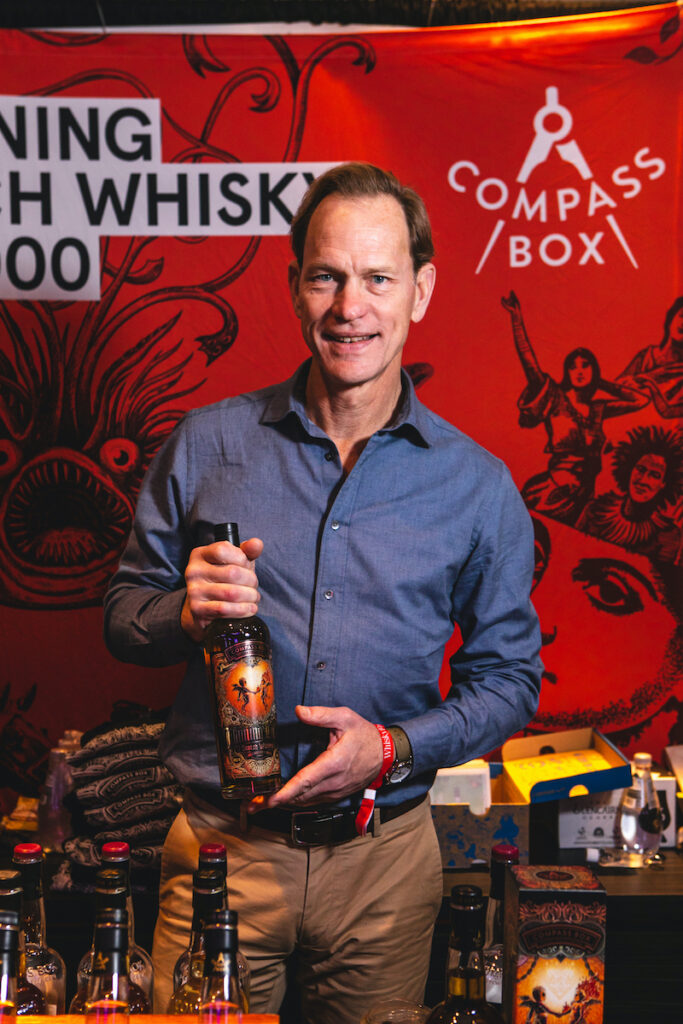 For third-time WhiskyFest goer Rich Johnson, the event was special not just for the whiskies, but for the people pouring them, too. “Some of the booths had owners and distillers around tonight, and it was so great to get a chance to talk to them,” said Johnson. As a VIP hour attendee, he had the chance to sip on the Benromach Heritage 40 year old—a favorite of the night. “That’s a $2,000 bottle of whisky and I got to have a nice big pour of that, so that was fantastic,” he added.

The seminars at WhiskyFest San Francisco offered eight different options. Kurt Wong, a Reno, Nevada resident at his second WhiskyFest, had a seat at the Fuji Whisky seminar, “From The Peak of Mt. Fuji to Your Glass—Taste the Gifts from Mt. Fuji Distillery with Master Blender, Jota Tanaka”. For him, the seminar provided an opportunity to engage with the whisky. “It was very insightful and a unique opportunity; you really do see the whisky in a different light,” said Wong. Along with the Fuji seminar, there were seminars from High West, James B. Beam Distilling, Heaven Hill, Suntory, Glen Moray, Maker’s Mark, and Nelson’s Green Brier Distillery.

At WhiskyFest New York Westward Whiskey head distiller Miles Munroe was pleased with that first hour’s crowd. “It was an intense first wave of people, and I have to say: It warmed my cold, distiller’s heart that not a single person asked me for my oldest whiskey,” he said. “They were so engaged in each individual whiskey being poured.” During the VIP hour, Westward had three distinctive whiskeys on hand: Single Malt Tempranillo Cask, Two Malts Chocolate Rye—2022, and Single Malt Founders Barrel: Ken’s Artisan Sourdough. 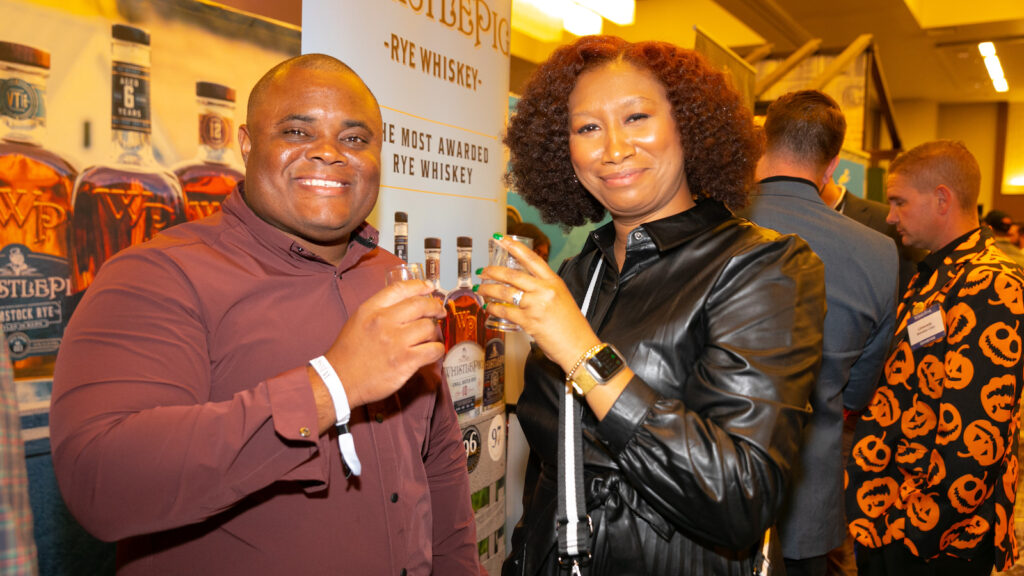 There were over 400 whiskies on offer throughout the night, coming from distilleries and brands across the globe. (Photo by Monica Semergiu)

For Al Bayseck, who experienced WhiskyFest New York for the first time (following five trips to WhiskyFest Chicago), a stop at Stranahan’s as the doors opened was first on the list. “I love WhiskyFest—I’ve always enjoyed myself because I get to try some of the best whiskies in the world … with that said, the first place I always go is Stranahan’s,” he said. “They were pouring their Mountain Angel single malt during the VIP hour, and I absolutely love being able to taste that.”

Hundreds of additional guests poured into the ballroom as the VIP hour concluded, and they were eager to sample the 400-plus whiskies that awaited them. Rob Berndt, who was at his fifth WhiskyFest, was most keen on getting his hands on the newer whiskies in the room. “I had never heard of Copper & Cask before tonight; now I get to try something new, learn, and talk about what might be familiar about that new whiskey,” he said. “That’s the thing I love about WhiskyFest—the knowledge you get; you’re actually getting from the distillery so you can take a deep dive and really get a depth of knowledge.”