Some people add to their whisky collection by tracking new releases, while others scour auction sites for rare bottlings. On September 23, Sotheby's New York will auction what it is calling The Timeless Whisky Collection, with lots that include a complete six-bottle set of the Macallan Six Pillars Collection, and a major crop of independently bottled scotch whiskies, as well as other aged expressions from Glenfiddich, Bowmore, and others. Get the details from our auction preview, including the 10 most expensive lots by estimate.

Among this week's new releases, Dewar's adds to its Cask Series line with a calvados cask finish, and Woodford Reserve is offering a new honey barrel-finished bourbon as a distillery and Kentucky exclusive, while Jefferson's has an interesting new Ocean: Aged at Sea bourbon expression made with New York City water. Read on for full details. 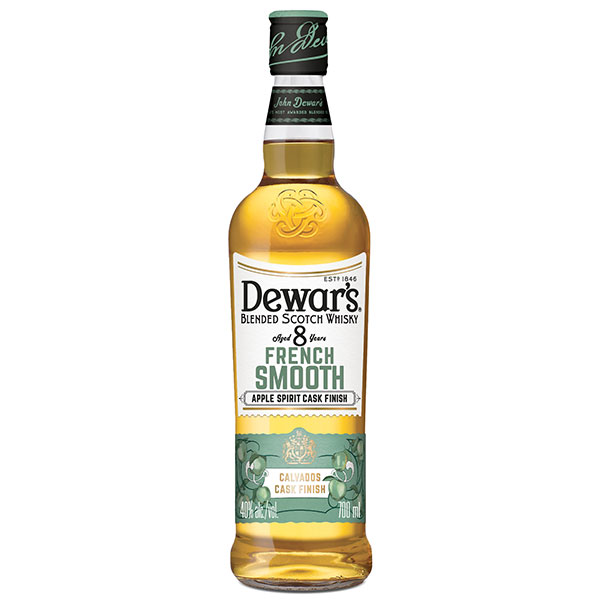 Dewar's fifth release in its cask-finished series takes us to France, where master blender Stephanie Macleod serves up a double-aged blend of 40 single malt and grain whiskies finished for 6 months in calvados casks.

One of the most innovative ranges in contemporary blended scotch, this affordable series of Dewar's 8 year olds was created to be enjoyed in cocktails as well as neat. To date, we've had Caribbean Smooth, Japanese Smooth, Portuguese Smooth, and Ilegal Smooth, the first-ever mezcal cask finished scotch whisky. The success of the series has moved Dewar's to keep Caribbean and Japanese Smooth as permanent expressions. Master blender Stephanie Macleod has looked to drinking cultures around the world for each finishing project in the series, choosing rum casks, mizunara oak, or port pipes to imbue each edition with new flavors. This fifth iteration, an apple brandy cask finish, draws inspiration from the orchards of Normandy to deliver flavors of apple, cinnamon, and citrus. Whisky and apple flavors certainly work well together. WhistlePig, Sagamore Spirit, The Whistler, and Kilchoman have released calvados cask finishes, while Compass Box mixed calvados and blended malts for its Compass Box Affinity expression. If you want to explore apple brandies in more depth, read on here for our recommendations. 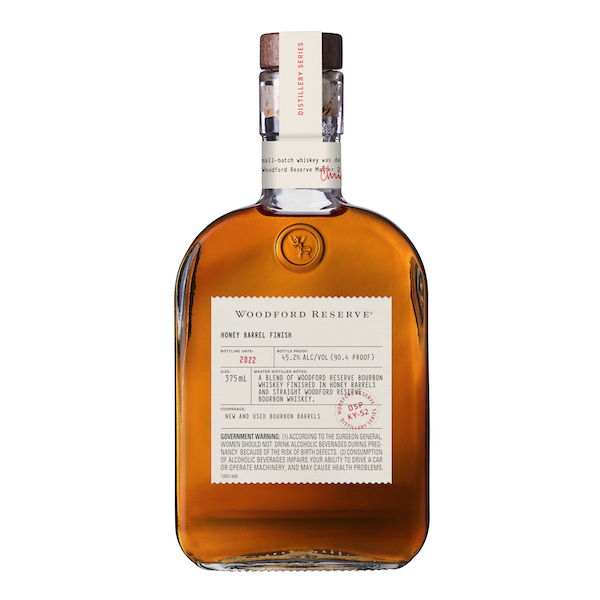 To celebrate Bourbon Heritage month, Woodford Reserve has unveiled its latest distillery exclusive, a blend of Woodford Reserve whiskey finished for over a year on average in honey barrels from Double Barrel Honey in Winchester, Kentucky and straight bourbon. 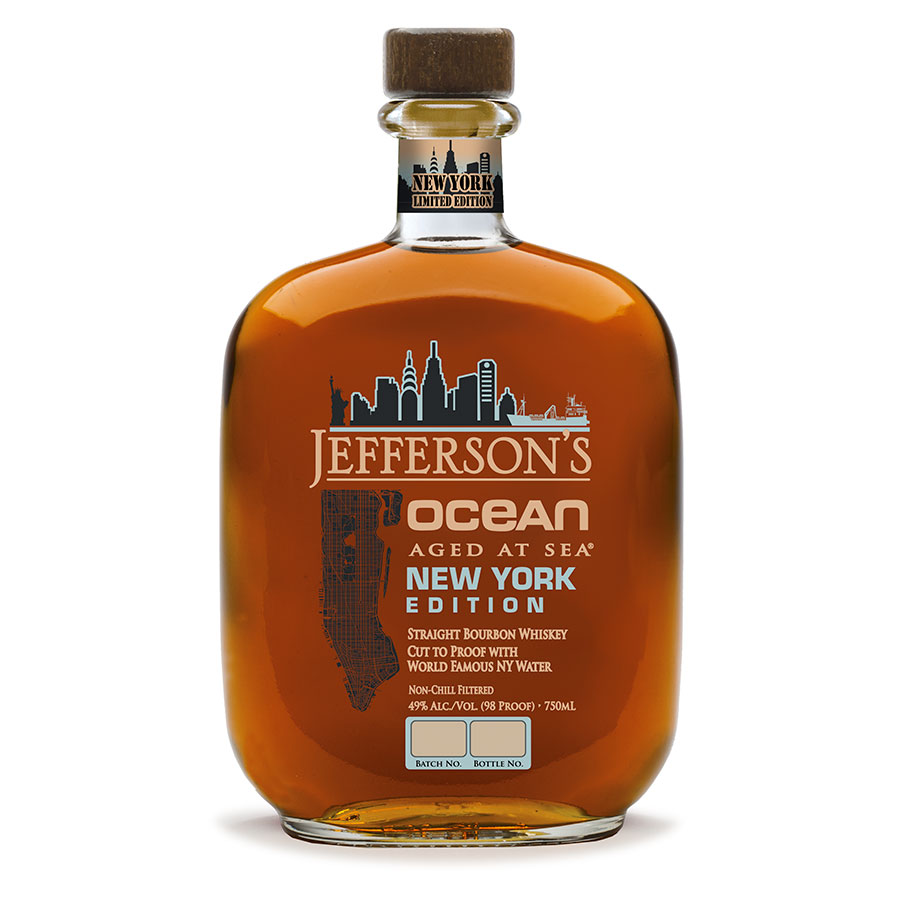 Jefferson's is back with another Ocean: Aged at Sea bourbon, but this limited edition is special in that it is non-chill filtered and cut with New York City water. Like all Ocean: Aged at Sea releases, the barrels used here were aged on a boat that sailed through rough seas and a range of climates, with this one traveling between the North Sea, the Atlantic Seaboard, and the Panama Canal, before arriving in Manhattan, where it was proofed down at Our/New York Vodka Distillery.

There's some belief that New York pizza and bagels are so good because of the water that's used to make them. Now, Jefferson's is using that water for bourbon. It will make for a good side-by-side comparison should you have other batches of Ocean: Aged at Sea at home. As for whisky brands celebrating the city of New York, this release comes a few months after Macallan announced its Distil Your World New Yorksingle malt. 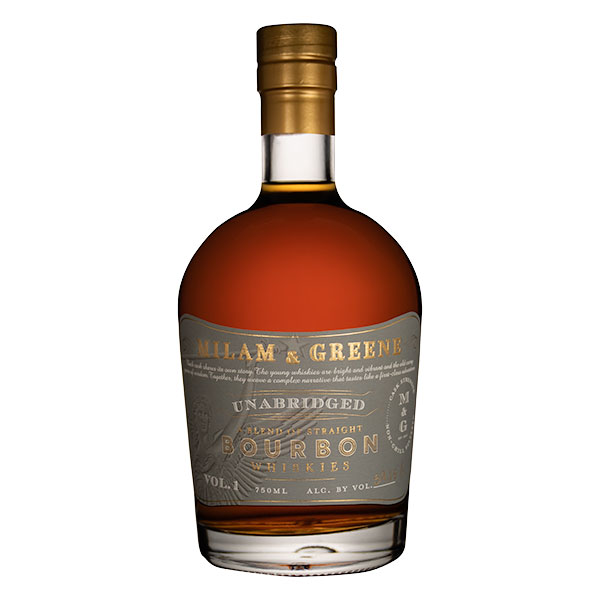 It has been a popular practice among brands that source whiskey to blend together stocks from multiple states, with Milam & Greene using a few barrels of its own Texas-made whiskey in this release. We can certainly get behind any celebration of the written word, and this bourbon comes just a few months after Compass Box released Vellichor, a blended whiskey meant to evoke the nostalgia of old books. As tasters, we sometimes pick up notes of leather bindings or dusty library shelves, and you can hone your own palate to detect bookish notesusing our tasting guide. 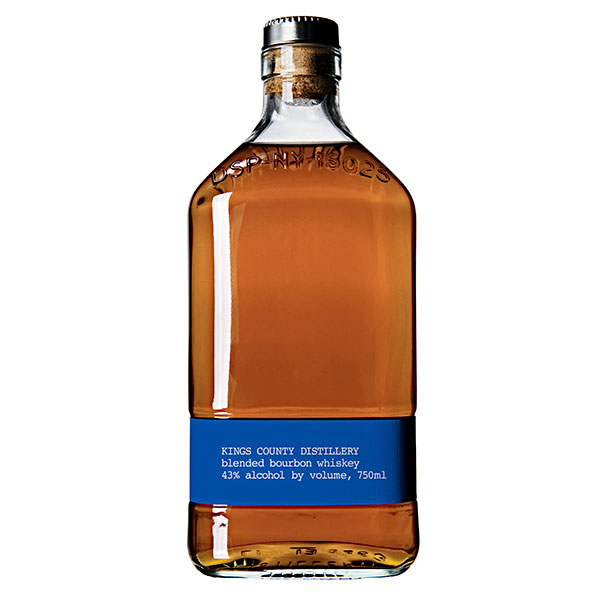 Availability: Approximately 3,000 bottles currently available in New York, ahead of a national release.

Kings County's blended bourbon brings together a wide variety of whiskeys from the Brooklyn distillery, with the final blend made up of 53.6% 2 year old bourbon, 26.1% 2 year old corn whiskey, 12.5% bourbon aged 3 to 4 years, 4.2% rye aged 3 to 4 years, and 3.6% 2 year old malt whiskey. Kings sees this new release as a way to make their aged whiskeys more widely available, as the proportions within each batch can be adjusted based on flavor and the available stocks.

Blended bourbon, while not the most common designation among American whiskeys, offers distilleries flexibility. At least 51% of a blended bourbon must be bourbon by rule, and in Kings County's case, the remaining 49% is made up of other types of whiskeys. A creative move from Kings County, this whiskey comes with a new blue label to distinguish it from past releases, and creates an easy, lower-priced entry point into the distillery's whiskeys. 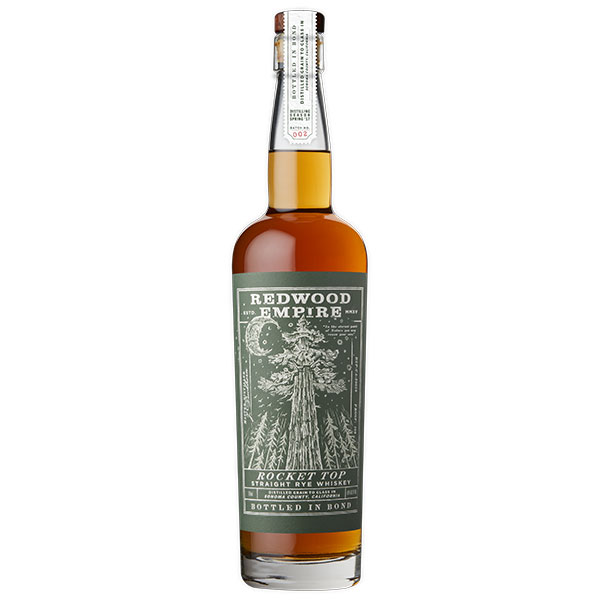 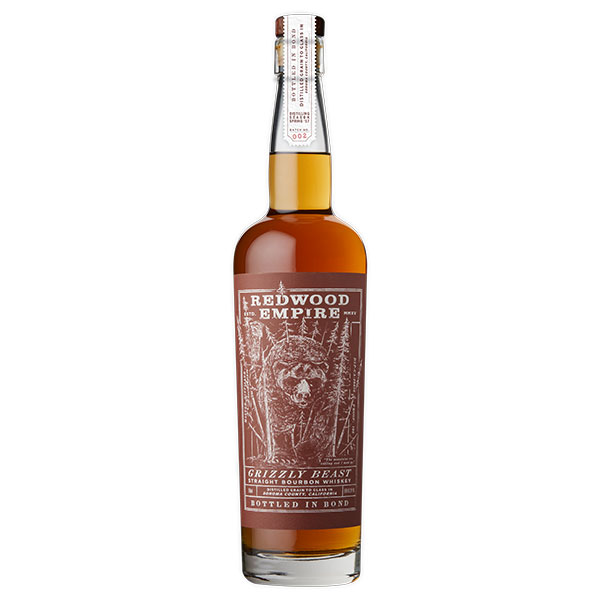 These whiskeys, barreled in the spring of 2017, are the second batches for both labels, following the inaugural release in October of last year. The bourbon was drawn from 70 barrels and the rye from 55. Rocket Top rye is distilled from a mash of 87% rye, 5% wheat, 5% malted barley, and 3% corn; while Grizzly Beast bourbon was made from a mash of 66% corn, 23% rye, 7% wheat, and 4% barley. Both whiskeys matured in 53-gallon barrels toasted and charred to level three.

Redwood Empire sources its grains from across the U.S., including from the heartland and locally, and names each of its whiskeys for a redwood tree. Its whiskeys have been well received by our tasting panel, with the first editions of Rocket Top and Grizzly Beast scoring 90 and 89 points, respectively, in the Spring 2022 Buying Guide. 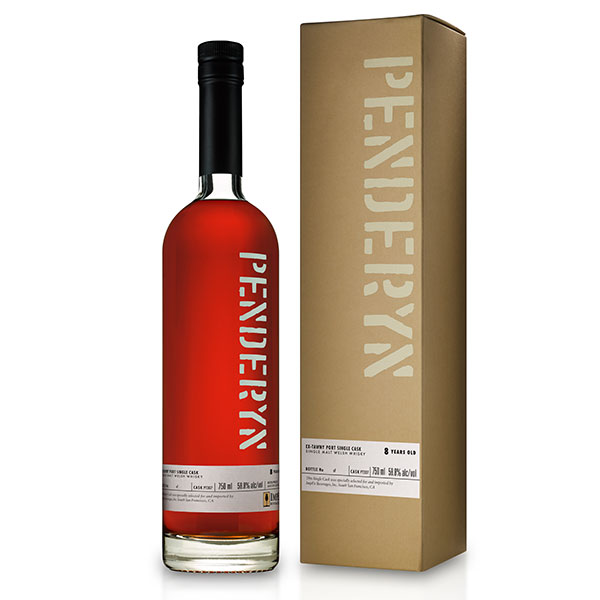 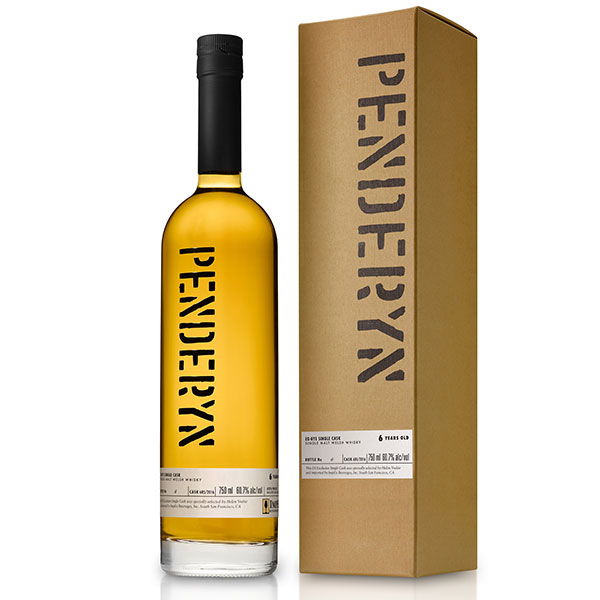 ImpEx Beverages, Penderyn's U.S. importer, has selected two high-strength single cask single malts distilled using Penderyn's Faraday still. The 8 year old was filled into a bourbon cask in November 2013, then transferred to a port cask in March 2017 until bottling in June 2022. The 6 year old was matured entirely in a rye cask since being filled in 2016.

Penderyn has used its Faraday still since 2000 to produce a light, fruity spirit that comes off the stills at a much higher strength than the liquid from a conventional copper pot still. It's an unusual distillation set-up for a single malt whisky distillery. Single cask releases enable whisky drinkers to experience a different side to the distillery than its core offerings, and based on previous reviews, these two U.S. exclusives appear to deliver everything Welsh single malt fans desire: cask strength, natural color, age statements, and intriguing cask styles. The U.S. is one of Penderyn's most important markets, and there will be a number of other Penderyn single cask barrel picks in specialist stores this fall. 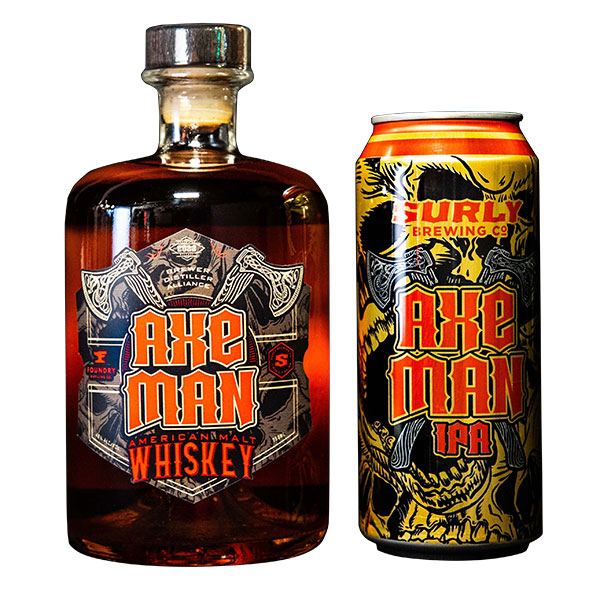 Iowa's Foundry Distilling has announced the latest release in its Brewer-Distiller Alliance (BDA) initiative, a malt whiskey made in collaboration with Surly Brewing Co. from Minneapolis. The whiskey was inspired by Surly's popular Axe Man IPA and made from the beer's mash. Once distilled, it was aged for 28 months in new 30-gallon American oak barrels. To celebrate the release, Foundry is hosting a party at its distillery this weekend—on Saturday, September 17th, from 10 a.m. to 1 p.m. The distillery and brewery have collaborated before, in July 2021, when Foundry released Furious American Malt whiskey, made from Surly's Furious IPA.

We took a look at the trend of craft distillers distilling whiskey from beerin our Fall 2021 issue, which included Furious American Malt (88 points). And last month, we reported on Stranahan's The Osophera single malt made in tandem with Maryland's Flying Dog Brewery, in which the beer was aged in whiskey barrels that were then emptied and returned to the distillery to be refilled with whiskey. 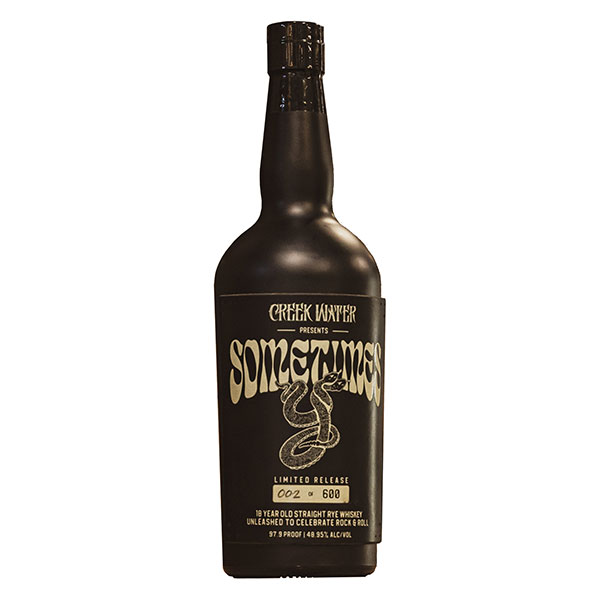 Availability: 600 bottles available for pre-order at creekwater.com for delivery in October

Sometimes Y is distilled using a mashbill of 53% rye and 47% corn at an undisclosed distillery in North Carolina where it is aged before being transported further south in the state to undergo finishing in a variety of virgin oak barrels. This limited release is a celebration of Creek Water partner and rapper Yelawolf's and singer/songwriter Shooter Jennings's “Sometimes Y” album. Yelawolf designed the packaging which includes a custom wood box embellished with silver serpent emblems and leather accents. The proof of 97.9 is a nod to 1979, Yelawolf's birth year.

Creek Water is a label owned by Raleigh-based Next Century Spirits, founded in 2018, with the goal to improve the technology of spirits production, creating a patented process that is said to optimize post-distillation filtering and finishing. Next Century Spirits also produces Bear Fight whiskey and ready-to-drink vodka cocktails.