As COVID-19 continues to affect just about every part of our lives, its impact is being felt by secondary market buyers—now looking at potentially higher prices—and, more crucially, by small and independent distillers, who are struggling to weather the storm of disrupted markets and supply chains. If there's a local distillery you love, show some support by buying a bottle or reaching out with words of encouragement, and urge your representatives to keep the craft spirits industry in mind as they work to provide business relief.

And when you need to stock up on more whiskey, consider this week's new releases—some of which will be easier to find than others. In the latter category falls Col. E.H. Taylor 18 year old Marriage, a straight bourbon made from all three of Buffalo Trace Distillery's bourbon mashbills. It's retail-priced at $70, but with a very limited amount available, the bottles are likely to fetch much more.

The Hirsch name has adorned rare whiskey too, but the brand's latest release debuts as part of a full relaunch. Hirsch The Horizon is a straight bourbon, priced at $40 and widely available.

Grace O'Malley, the rare whiskey named for a woman, is launching in the U.S. Priced at $37, the blended whiskey is initially available in New York, with expansion planned.

Balcones Distilling is releasing a malt whiskey distilled from Shiner Bock (minus the hops). There are 6,000 bottles available in Texas and Oklahoma, priced at $40.

Newport Craft Brewing & Distilling is debuting a rye whiskey ($60) as it simultaneously relaunches its Sea Fog single malt ($50). Both whiskeys are available in limited amounts, for sale mainly in Rhode Island and Massachusetts.

Ireland's Chapel Gate Whiskey Co. has introduced J.J. Corry The Hanson, a blended grain whiskey. Initially available in Ireland via e-commerce, it will be coming to the U.S. soon, priced at $55.

Finally, Templeton is rolling out the 2020 batch of its barrel-proof rye. The whiskey is priced at $60, with 16,800 bottles available. 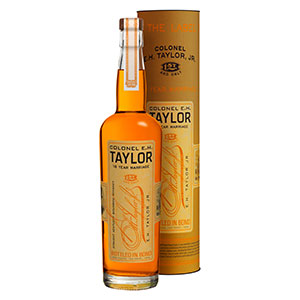 The 2020 limited-edition E.H. Taylor, this whiskey combines Buffalo Trace's three bourbon mashbills: one wheated bourbon and two bourbons made with rye as the secondary grain. All the liquid was aged for 18 years.

Buffalo Trace doesn't disclose the specifics of its mashbills, but a quick google search will turn up plenty of speculation.

Because this whiskey is so limited, and because it's from Buffalo Trace—source of the most in-demand bourbons of the moment—expect the retail price to be much higher than the recommended $70, if you can find it at retail at all. 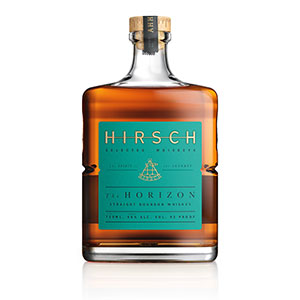 Founded by namesake Adolph Hirsch, the Hirsch bourbon brand was originally something quite different to what it is today. The most famous bottling under the Hirsch name was a 16 year old, distilled at the original Michter's in Pennsylvania; it now goes for thousands of dollars on the secondary market (when it surfaces, which is rarely). Whisky Advocate contributor Chuck Cowdery wrote a whole book about this legendary bourbon. There have been a number of varied bottlings under the Hirsch name over the years, including rye and Canadian whisky.

The current iteration of Hirsch bourbon, owned by boutique spirits company Hotaling & Co., is made at MGP and, until recently, included two straight bourbons: Small Batch Reserve and 8 year old Small Batch High Rye. Now that the brand is relaunching, expect those to disappear as the remaining stock sells out and is replaced by The Horizon and future Hirsch releases. In addition to bottling sourced whiskey, Hirsch is laying down its own stock through Bardstown Bourbon Co.'scollaborative distilling program. With every new release, the comprehensive details of the whiskey will be included on the label, so drinkers will know exactly what they're getting. 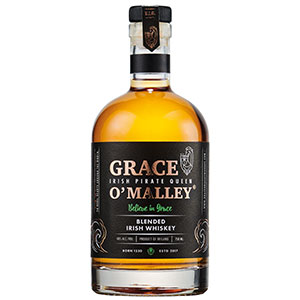 This bottling blends a variety of malt and grain whiskeys, ranging in age from 3 to 10 years. After blending, various batches are finished in different cask types, including bourbon, rum, and French oak. Master blender Paul Caris, a former winemaker, then puts together the final blend, which includes 46% malt.

The whiskey is named after 16th-century pirate Grace O'Malley, whose colorful biography is well worth a read. Great Northern Distillery is providing the liquid used in the blend, although, having opened in 2015, it can only be the original source for the younger whiskeys currently; the older stock was distilled at Cooley Distillery, which Great Northern founder John Teeling owned before selling it to Beam in 2012. (He retained some Cooley whiskey after the sale.)

Grace O'Malley is launching in New York by June, with plans to expand along the East Coast and into California. 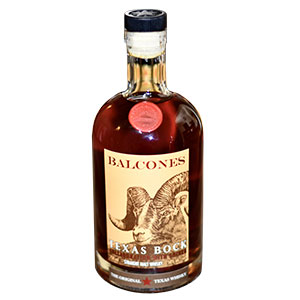 Availability: 6,000 bottles; for sale in TX and OK

Balcones distilled this whiskey from Shiner Bock, the beloved Texan beer made at Spoetzl Brewery—minus the hops. It's aged for at least 2 years in new charred oak barrels.

Spoetzl and Balcones have collaborated in the past, with the distillery providing barrels for the brewery to age its bock and märzen in. But this is the first time Balcones has distilled from the brewery's beer. Well, almost its beer; Balcones replicated Shiner Bock's mashbill and used its proprietary lager yeast, but did not include the hops that would normally be added to the beer, as doing so would change the whiskey's type from straight malt to flavored whiskey.

Speaking of that straight malt designation: Balcones wasn't able to confirm the mashbill specifics due to a non-disclosure agreement with Spoetzl. Bock beer is almost always made with 100% malt, but without confirmation from the distillery, there's no way to know if this beer is a true single malt, distilled from only malted barley. Straight malt is required to have a minimum of 51% malted barley, with the remainder of the mashbill comprising other grains. 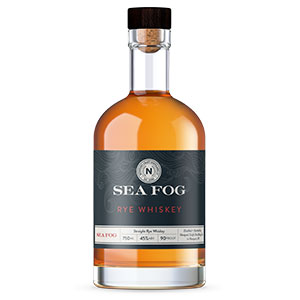 Availability: 1,110 bottles; for sale in RI only

Made by Newport Craft Brewing & Distilling, this whiskey was distilled in 2014 from 90% rye and 10% pale malt. 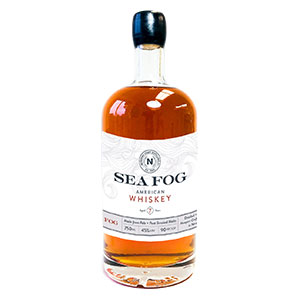 Availability: 1,350 bottles; for sale in RI and MA

Sea Fog's single malt has been available for a few years, but recently went through a rebrand. The rye is launching for the first time. We noted maritime flavors in the single malt when it was reviewed a few years ago, and look forward to seeing if the same coastal influence—Newport is right on the water—has shaped the rye. Stay tuned! 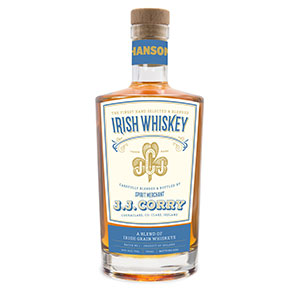 Availability: For sale online, with expansion to retail planned

Made by Louise McGuane at Chapel Gate Whiskey Co., this blend includes 4 and 10 year old grain whiskeys from two Irish distilleries. Both were matured in bourbon casks, with the 4 year old spending the duration of its aging period at Chapel Gate's bonded warehouse in County Clare. The Hanson will be a regularly available part of the J.J. Corry lineup.

"The Hanson" refers to the son-in-law of company namesake J.J. Corry, a revenue officer who was nicknamed "the gauger Hanson." The whiskey is currently available on irishmalts.com, which ships to the U.S., but will be for sale at U.S. retail stores in the coming months. 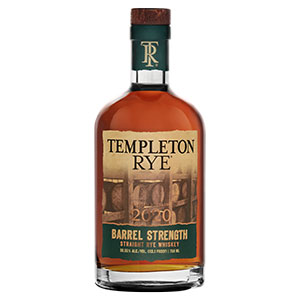 Although Templeton is currently making whiskey at its distillery in Iowa, that liquid is still aging and everything in the bottle right now was made at MGP. The Barrel Strength expression is a straight rye—aged in new charred oak, with nothing added—but Templeton's core whiskey is simply rye, as it includes a small amount of proprietary flavoring (which is permitted in non-straight rye).

We reviewed the 2018 release of Templeton Barrel Strength, scoring it 90 points.