The whiskey brand co-founded by Bob Dylan, Heaven's Door, announced that it has a few more bottles of its 10 year old Tennessee bourbon for sale, priced at $130. In addition, there's another limited-edition offering coming: a 25 year old whiskey finished in mizunara oak casks. The first release in The Bootleg Series, this whiskey will come out later in 2019, priced at $500. We'll provide more details as they become available. 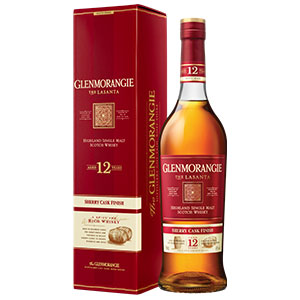 If you're looking for new whiskies to buy now, however, you're in the right place. First up, Glenmorangie has changed the recipe for Quinta Ruban, adding two years to its age statement. The single malt will now age for about 12 years in bourbon casks, before a roughly 2-year finishing period in port casks. The price, however, stays the same at $55, and it will be as widely available as before. Simultaneously, Glenmorangie has updated the packaging for Lasanta to better highlight its 12 year old age statement.

The Orphan Barrel range of "forgotten" whiskies has unveiled its first scotch. Forager's Keep is a 26 year old single malt made at Pittyvaich, a distillery that was demolished in 2002. The limited-edition whisky is available for $399.

Compass Box is bringing out a second edition of No Name, its heavily peated blended malt. This time, the blend includes whiskies from Islay, Skye, and the Highlands. Just over 8,400 bottles are available worldwide, hitting shelves now in the UK and in September in the U.S., priced at $145.

Writers' Tears, the blend of Irish single malt and single pot still, is adding a new whiskey to its core lineup. Writers' Tears Double Oak was matured in both American and French oak casks. It is widely available for $65.

Meanwhile, Shelbyville Kentucky's Jeptha Creed Distillery is launching its first whiskey, a straight bourbon made with heirloom corn grown on the founding family's farm. The bourbon is priced at $50 and available in Kentucky starting today, with distribution to Indiana and Tennessee in June.

A single malt whisky from Australia is now widely available in the U.S. Starward Nova was distilled in Melbourne and matured in red wine casks; it's priced at $55.

Another international whisky will roll out next month. Hvenus Rye, made at Spirit of Hven Distillery in Sweden, has a four-grain recipe and aged in American oak casks. Priced at $80, there are 2,400 bottles available in the U.S.

Finally, Seattle's Copperworks Distilling is releasing a single malt whiskey finished in amaro casks—definitely a first for American whiskey. Just 290 bottles are available at the distillery and online, priced around $76. 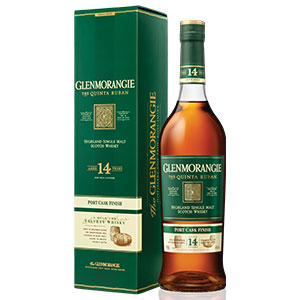 Glenmorangie has changed the formula for Quinta Ruban, upping its age from 12 to 14 years. The recommended retail price is staying the same. Quinta Ruban has always been 12 years old, matured for roughly ten years in bourbon casks and two years in port pipes. The change means that the bourbon cask maturation will get longer, although, depending on what stocks are available and how they taste, the port finish may also be longer than two years.

Simultaneous with this change, Glenmorangie is also repackaging Lasanta to better emphasize its 12 year old age statement. Changes for Nectar d'Or are also coming, but no details are currently available.

Glenmorangie changed the recipe for Quinta Ruban to highlight more of the rich flavors coming from the port casks, but the change isn't as dramatic as it might appear. Head of maturing whisky stocks Brendan McCarron explains that Quinta Ruban has contained a majority of 14 year old whisky as part of its blend for many years. "You can't make whisky just in time—you need to predict the future," he says. "So sometimes we lay down more stock, sometimes we lay down less stock, and that's the way it goes. And we'd have some 12, some 13, and some 14 [year old] in [the Quinta Ruban blend]. It makes a fantastic whisky, but the main drivers we noticed were a little bit more of the dark chocolate and Seville orange [notes], which is a key part of Glenmorangie in port wood. We noticed a little more of that coming in at 14 years old."

Kudos to Glenmorangie fornot raising the price on this whisky even as the age goes up by two years. That's a nice change of pace in the whisky world, where the process usually goes in reverse—lower age statement, higher price. 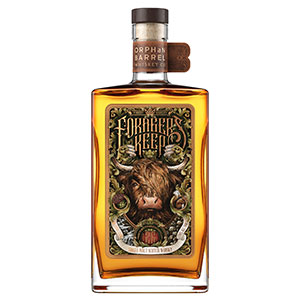 For the first time, the Orphan Barrel series is releasing a scotch. This single malt was distilled at Pittyvaich in Speyside and matured for 26 years in refill hogsheads and refill barrels.

Pittyvaich was open from 1975 to 1993, closing due to lack of demand for its whisky. It was demolished in 2002, so there'll be no reviving its whisky. While the price might seem steep for a whisky whose name has little recognition, consider its age and the fact that Diageo's Special Releases in 2018 offered a Pittyvaich 28 year old for $419 that scored 90 points. Also, compared to the 26 year old Glenmorangie Grand Vintage 1991 at $750, this comes in at a better price. 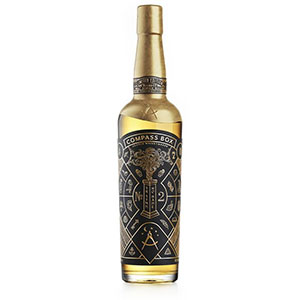 The No Name series is intended to explore the nuances of peat in scotch whisky, so this second batch deliberately tastes different from the first. I expect it to maintain the same level of quality, however. The first release of No Name scored 92 points in the Whisky Advocate Buying Guide. 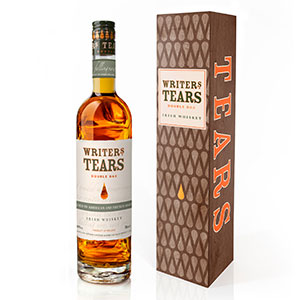 A combination of triple-distilled single malt and single pot still whiskey, this blend is matured in both American oak and French oak casks. It's the third permanent expression in the Writers' Tears lineup, joining Copper Pot and Cask Strength.

Earlier this year, Writers' Tears released a limited-edition cognac cask-finished expression which also, obviously, had influence from French oak; that whiskey scored 90 points in the Whisky Advocate Buying Guide. Look for a review of Double Oak in an upcoming issue! 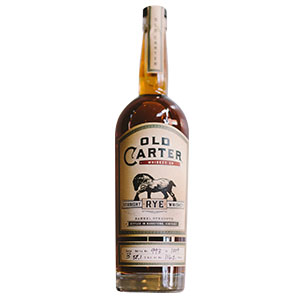 The third batch of Old Carter rye blends five barrels, all made in Indiana (meaning, at MGP Distillery). It is unfiltered and has no water added.

Last released about a year ago, Old Carter rye is produced by Mark and Sherri Carter, winemakers who were formerly partners with Dixon Dedman in the Kentucky Owl brand. Along with the rye, Old Carter's lineup includes straight bourbon and straight American whiskeys. 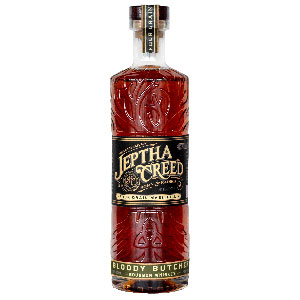 Availability: KY, IN, and TN

The first bourbon from Shelbyville, Kentucky's Jeptha Creed Distillery, this was made with a mashbill of Bloody Butcher corn, malted rye, malted wheat, and malted barley and aged for two years. Jeptha Creed is launching the first bottles at a party at the distillery tonight.

One of the new Kentucky distilleries to keep an eye on, Jeptha Creed began production in 2016. The distillery is run by mother-daughter team Joyce (master distiller) and Autumn Nethery (marketing manager). The distillery sits on the family farm, which provides the grain used in making the bourbon and other spirits. 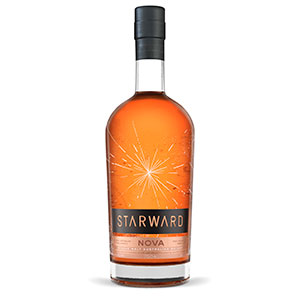 After a limited release in test markets last year, this single malt whisky is now widely available in the U.S. Made in Melbourne, Australia, it's aged in Australian shiraz, cabernet sauvignon, and pinot noir casks for 3 years.

Australia makes quite a bit of whisky—though very little makes it to the U.S. Among other resources, the country has an abundant supply of barrels from its wine industry, and its climate—especially in Melbourne, where temperature swings are wide—is conducive to maturation. Starward is as fruity as you might expect, given its red wine casks; it scored 88 points in the Whisky Advocate Buying Guide. 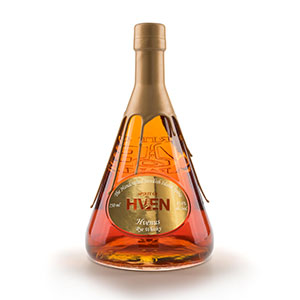 Distilled at Spirit of Hven distillery on the Swedish island of Hven, this whisky's grain recipe is 78.6% rye, 11.9% wheat, 4.8% corn, and 4.8% malted barley. The final blend comes from 42 American oak casks that matured from 3 to 6 years, with some in climate-controlled warehouses.

The Spring 2019 issue of Whisky Advocate is all about rye and includes an in-depth feature on the global distillers (outside North America) making whisky with rye grain. Now we can add another to the list. Spirit of Hven is better known for its slightly smoky single malts, made using Swedish and Islay peat, as well as seaweed. The distillery's meticulous and complex production processes give it a unique edge even in the varied realm of world whisky. This new rye should be very interesting indeed. 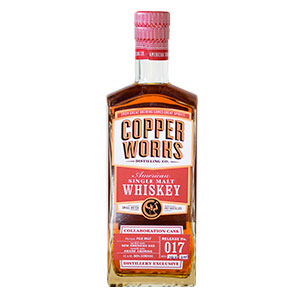 Availability: 290 bottles, for sale at the distillery and online

This single malt was made at Seattle's Copperworks Distillery, matured in new charred oak casks, and then finished for over 7 months in a cask that had previously held Amaro Amorino from Letterpress Distilling and, before that, had been used to age Copperworks' whiskey. Copperworks is also releasing an amaro cask-finished gin.

Barrel sharing has become common among small distilleries and breweries, which has led to unique whiskies. This is the first time I've seen an amaro cask finished single malt, although Barrell Whiskey Batch 005 was partly finished in amaro casks.