With the majority of Americans practicing social distancing, whisky drinking habits are being adjusted accordingly. Whisky clubs are still finding ways to enjoy each other's company from a safe distance, with education, tastings, and even barrel picks happening on Zoom and other platforms. We at Whisky Advocate are hosting Instagram Live sessions every Friday at 3 p.m.; this afternoon, I'll be interviewing Mike Vacheresse of Travel Bar Brooklyn to talk about how he's adjusted the business to continue bringing great whisky to his customers. Catch us live or watch later in our Story.

There are several new whiskies hitting shelves imminently, coming from all over the world. First up, Laws Whiskey House in Denver is rolling out a 6 year old version of its San Luis Valley bottled in bond rye. The whiskey is priced at $75, available in several states.

Penderyn is introducing a new single-cask expression for the U.S. only, aged 10 years in madeira casks. Priced at $110, there are 243 bottles of the single malt whisky available.

Two new single-cask whiskies from Amrut are debuting, both exclusively for sale in the U.S. Amrut 6 year old Aatma ($215) is a peated single malt aged in a port pipe, with 360 bottles available, while Amrut 7 year old single grain ($100) is a grain whisky aged in an ex-bourbon cask, with 108 bottles available.

Independent bottler Blackadder is sending three new whiskies to the U.S. Puff Adder ($75) is a blended malt made partly with peaty Islay whisky; there are 500 bottles of Batch PA 01, a U.S. exclusive. Meanwhile, Blackadder's Raw Cask line is offering an 11 year old Balmenach single malt ($165; 90 bottles for the U.S.) and a 22 year old Westport blended malt ($200; 90 bottles for the U.S.).

A U.S.-exclusive single cask of Hammerhead Czech single malt, aged for 30 years, is also hitting shelves. Priced at $425, there are 300 bottles available.

Finally, two Australian single malts are making their way to the U.S. Iniquity is made by Tin Shed Distillery in South Australia; Batch 10, which was aged in a port cask, is $225, and there are 120 bottles available. And independent bottler Dram Hunter, part of Glass Revolution, is offering a 7 year old whisky from the now-closed Southern Coast Distillers. It's priced at $250, with 150 bottles available. 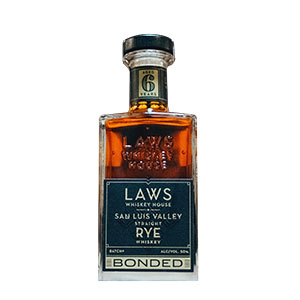 Laws Whiskey House makes a number of different bourbons and ryes, although San Luis is its core rye label, available in straight, bonded, and cask-strength expressions. 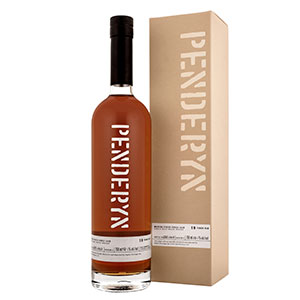 Availability: 243 bottles for the U.S. only

Exclusive to the U.S. via ImpEx Beverages, this Penderyn was initially filled into ex-bourbon barrels on Nov. 7, 2009, then transferred to a madeira cask on July 1, 2013. It was bottled after hitting a full 10 years in the cask.

This is the second single cask of Penderyn available in the U.S. exclusively; the first one, a 12 year old that spent half its life in port casks, came out late last fall. Look for a review when our Spring issue hits newsstands on April 14. (We liked it.)

If you're a fan of Penderyn's flagship madeira-finished whisky, you're very likely to enjoy this single-cask version—cask strength and with more age to boot. 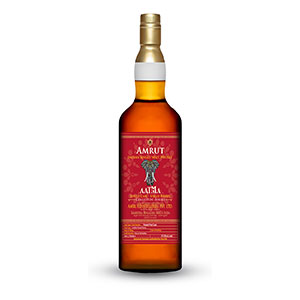 Availability: 360 bottles for the U.S. only

Exclusive to the U.S. via Glass Revolution Imports, this peated single malt comes from a single port pipe. It matured for 6 years and 8 months and is bottled at cask strength. 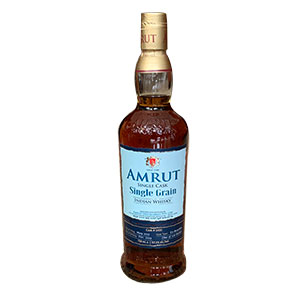 Availability: 108 bottles for sale in the U.S. only

Another U.S. exclusive, this is the first grain whisky from Amrut to be bottled commercially. But the whisky wasn't actually made by Amrut; the spirit, made from 95% corn and 5% malted barley, was purchased from another Indian distillery and matured and bottled by Amrut. It was filled into an ex-bourbon cask in May 2012 and bottled in December 2019.

Although in Scotland "single grain" whisky must be made and matured at just one distillery, India's whisky regulations don't stipulate what counts as "single" for grain whisky. Amrut master distiller Ashok Chokalingam likes to experiment, so, when offered some new-make grain whisky, he decided to see how it would mature. India's climate has a profound effect on the flavor of single malt—is the same true for grain? Stay tuned. 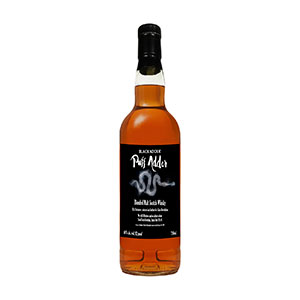 Availability: 500 bottles; for sale only in the U.S.

A blended malt from independent bottler Blackadder, this is made with single malts from a number of Scottish distilleries, including some peated malts from Islay for a "puff" of smoke. This particular batch was bottled in January 2019 and is exclusive to the U.S. 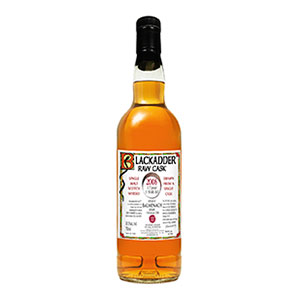 Availability: 268 bottles, including 90 bottles for the U.S.

This whisky was distilled on Feb. 11, 2008 and bottled in October 2019. It initially matured in ex-bourbon casks and was finished in a single first-fill sherry cask. It's bottled at cask strength, with no chill-filtration or added color. 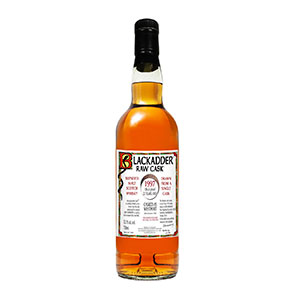 Technically this is a "teaspooned" malt, comprising mainly Glenmorangie with a little bit of Glen Moray. (At one time, both distilleries were owned by the same company.) Teaspooning a small amount of a second single malt has little effect on the flavor of the first, but the practice keeps independent bottlers from using the distillery names on the label. "Westport" is Blackadder's name for this particular teaspoon combination.

Blackadder is best known for its Raw Cask series, which at times includes bits of char in the bottle—a nod to the "old school" that the whiskies are meant to recall. Although not everything the company bottles is cask strength, a good deal of it is—perfect for those seeking maximum flavor. 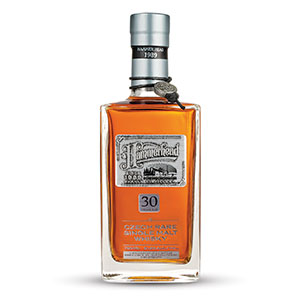 Availability: 300 bottles for the U.S. only

Available only in the U.S. via Glass Revolution, this single malt whisky was distilled 30 years ago in what was then Czechoslovakia. Some of the malt was peated, and the whisky was matured in Czech oak.

A few years ago, importer Raj Sabharwal of Glass Rev purchased several casks of Hammerhead from Stock Spirits, releasing successively older iterations starting with the 28 year old that scored 91 points in the Buying Guide. There isn't much of this whisky left, but Sabharwal says that a few special releases are possible. 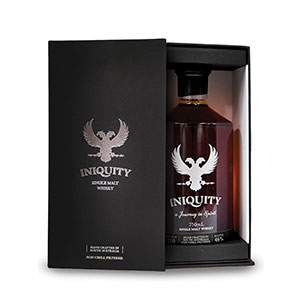 Availability: 120 bottles for the U.S. only

Made at Tin Shed Distillery in Welland, South Australia, this single malt is distilled from local barley smoked with local peat and native mallee tree stumps. This batch was matured in American oak port casks.

There are few Australian whiskies for sale in the U.S. Starward offers a single malt and a blend of malt and wheat whiskies, while Sullivans Cove exports a handful of bottles a year. But Australia keeps much of its whisky to itself, making this U.S. offering—as small as it is—particularly noteworthy. 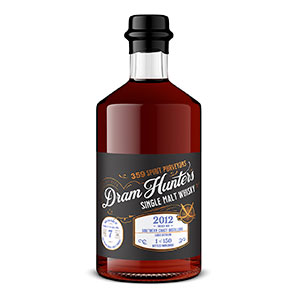 Availability: 150 bottles for the U.S. only

This whisky is the last from Australia's Southern Coast Distillers, which closed in 2012. The actual liquid is a marriage of whiskies distilled from 2008 to 2012, then married and filled into a first-fill French oak port cask for a 2-year finish.

As noted above, there aren't many Australian whiskies for sale in the U.S.—and you definitely won't find another whisky from Southern Coast, which is long shuttered. Even better: This whisky has a hefty, cask-strength alcohol content, allowing the drinker to add plenty of water to taste, and stretching the bottle's contents further.