Welcome to our January 20th auction update. This week, we review the results from the Whisky.Auction sale, and look ahead to the final sales of the month.

Last week, we highlighted three notable bottles going under the hammer at Whisky.Auction. The 34 year old and 38 year old bottles of Karuizawa Ruby Geisha by Elixir Distillers fetched $23,297 and $25,749 respectively, while the Johnnie Walker 1805 The Celebration Blend made a respectable $16,676.

Whisky.Auction also sold 24 bottles of Macallan The Home Collection – The Distillery for a median hammer price of $380. This new non-age statement bottle was launched in June 2022, the first in an annual series, and sold for $250 a bottle at Macallan’s online store, the distillery, and Travel Retail outlets.

The Grand Whisky Auction’s current sale runs through until January 24th; it too has a great deal of Macallan on offer, but this bottle of Macallan 1950 Tales of the Macallan Volume 1 could prove to be the highest sale of the month. Whisky Hammer’s auction opens on January 20th and runs through January 29th. 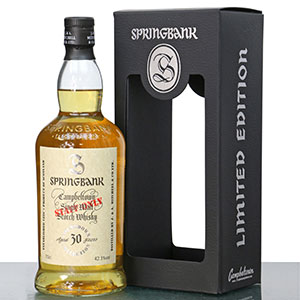 Just Whisky has 1,734 lots and is live until January 23. There are a number of hard-to-find bottles, such as the Springbank 30 year old Staff Only bottling released in 2022 as a preview of Springbank’s forthcoming Countdown Collection. It is bottled at a slightly lower strength of 42.1%, compared to the Springbank 30 year old, rated 96 points, which was released at 46% in 2022. The Countdown Collection will be an annual special release series over the next five years as the Campbeltown distillery approaches its 200th anniversary in 2028, with the first release due in March 2023.

Just Whisky is also auctioning a bottle of Ardbeg Fon Fhòid, Ardbeg’s first foray into whisky NFTs on Blockbar. This means that an NFT owner has decided to burn their NFT to take receipt of the physical bottle from Blockbar’s warehouse, and they are now testing the market to see what price Ardbeg fans will pay for it. At the time of writing, only 43 of the Ardbeg NFTs have been redeemed from the original release of 456 NFTs. Dr. Bill Lumsden, head of whisky creation & distilling at Glenmorangie Company Ltd., explained the background to this NFT release in our piece on peated cask finished whiskies; Ardbeg Fon Fhòid is a peated whisky finished in peated casks that were buried in a peat bog on Islay.

Lot of the Week 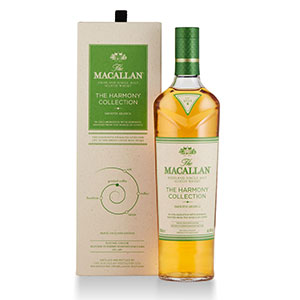