Lunar New Year kicks off on Tuesday, February 1, and Johnnie Walker is celebrating the Year of the Tiger with a special bottling for Blue Label designed by a Chinese artist. This year's festivities will last until the full moon appears on February 15, and whisky is part of the mix as always. Elsewhere, Kentucky-based Rabbit Hole has released the first whiskey in its new Distillery Series, which will highlight small batch, cask-strength bottlings. This week there's also a new rye from Jim Rutledge's Cream of Kentucky, as well as bourbons from Puncher's Chance and Buzzard's Roost. Read on for full details. 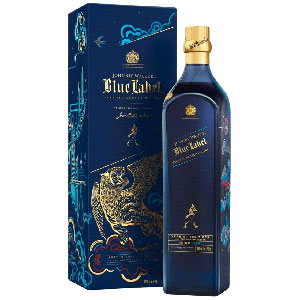 Each year, Johnnie Walker releases a special Blue Label bottling (which is not a new whisky, just new packaging) in honor of Lunar New Year. This year's limited-edition design, which celebrates the Year of the Tiger, was created by Chinese artist Shan Jiang.

Alongside the Blue Year of the Tiger release, Johnnie Walker is also launching Lunar New Year bottles for its John Walker & Sons King George V and XR 21 whiskies. With their intricate designs, all three bottles are sure to stand out on shelves and would make excellent gifts, to boot. Johnnie Walker isn't the only scotch honoring the Lunar New Year; Glenfiddich has offered up a special edition of its 21 year old Gran Reserva, with label art by Chinese artist Rlon Wang, while Royal Salute has created a limited-edition release for its 21 year old Signature Blend whisky, designed by Chinese illustrator Feifei Ruan. Look for our upcoming web story on the whiskies and the traditions of Lunar New Year. 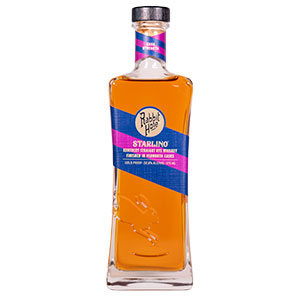 Starlino is the inaugural release in the Rabbit Hole Distillery Series lineup of limited-edition small batch, cask-strength bottlings. This sour mash rye was finished in vermouth casks from Italy's Hotel Starlino Rosso. The vermouth is a blend of marsala and trebianno wines, which is infused with botanicals and then undergoes a secondary six-month maturation in bourbon barrels. The casks were then shipped to Rabbit Hole to finish this 95% rye for a six-month period.

Creative secondary maturation and the inclusion of unusual grains, like malted rye, have been a trademark of Rabbit Hole Distillery since its founding in 2012. Pernod Ricard-owner of Aberlour, Glenlivet, Jameson, and Redbreast, to name a few-acquired a majority stakein Rabbit Hole in 2019. Similarly, Smooth Ambler sold a majority stake to Pernod three years earlier.

Rabbit Hole Distillery produces 1.7 million proof gallons annually in its state-of-the-art facility which was named an architectural icon of the Kentucky Bourbon Trail. Its Overlook cocktail bar offers breathtaking views of Louisville's Butchertown neighborhood and inventive drinks made with Rabbit Hole's spirits, like its Founder's Collection Boxergrail which scored 93 points by our tasting panel. This release of 2,112 numbered bottles is available at Rabbit Hole Distillery and select Kentucky retailers. 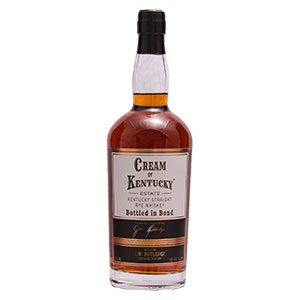 This latest limited release from Cream of Kentucky is made from 100% Rymin rye, which was grown on-site at Kentucky Artisan Distillery in Crestwood, Kentucky. Only 70 barrels of the rye were made.

This current iteration of Cream of Kentucky is made by legendary distiller Jim Rutledge, of Four Roses fame. The brand originally debuted in 1888 and faltered when Prohibition hit, but was brought back to life in 1934. It enjoyed considerable popularity in the 1930s and '40s, but Cream of Kentucky was eventually discontinued, with the trademark fully abandoned by 1996. Rutledge revived it in 2018, and he's since released a slew of limited-edition whiskeys, including his first-ever rye, High Plains, last year. While that whiskey combined five straight rye whiskeys from four different states, Cream of Kentucky straight rye was grown, distilled, aged, and bottled all at Kentucky Artisan Distillery (which also produces Jefferson's and Buzzard's Roost). 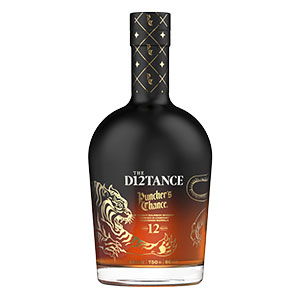 This bourbon, which has a mashbill of 84% corn, 8% rye, and 8% malt, was aged for 12 years and finished in California cabernet sauvignon barrels.

Being that Puncher's Chance is a boxing reference, this whiskey's name also harkens back to the sport. The 12 in the name D12tance refers to both its age and to the 12 official rounds in a formal boxing match. Puncher's Chance is under the Wolf Spirit umbrella—while the Eugene, Oregon-based company doesn't make its own whiskey quite yet, all distillate is sourced from IJW, a Kentucky-based company that doesn't have its own distillery (it partners with five Kentucky distilleries to make all its whiskeys). Wolf Spirit is also behind the Blood x Sweat x Tears and Tom of Finland vodka brands. 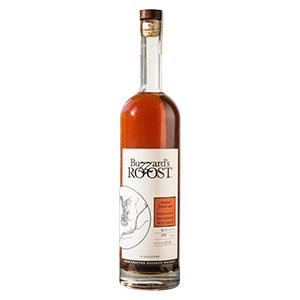 In the wide world of whiskey, unique cask finishes can be a means of setting one release apart from the rest. Buzzard's Roost specializes in distinctive barrels, designing each one from the ground up, and this one is no different—they seasoned toasted French oak barrels for 24 months before filling them. Buzzard's Roost rye scored 91 points in our Winter issue.