If you're whipping up cocktails this summer and putting orange juice to use, we have some recipes that let you go beyond the classic Blood and Sand, and use practically any style of whisky. And there are plenty of new whiskies to play around with from this week's Whisky Weekend lineup, including the return of Glenmorangie's single estate single malt, a finished rye from WhistlePig, a single grain scotch from Loch Lomond, and more. Read on for full details. 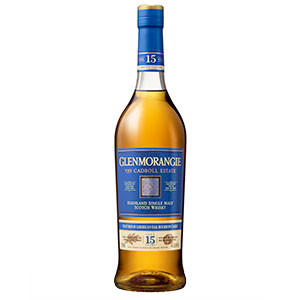 This is the second edition of Glenmorangie's single estate whisky—made entirely from barley grown on its Cadboll Estate, which surrounds the distillery, and matured onsite. Like the first edition, this whisky was finished in American oak bourbon barrels.

Cadboll Estate Batch #1 came out swinging, as it earned the No. 13 spot on our Top 20 list last year. Shortly after its debut, Glenmorangie's head of maturation at the time, Brendan McCarron, joined us on #TasteWithSpace to discuss Cadboll Estate, saying that the farming and aging conditions are ideal for grain-to-glass releases. (McCarron is now master distiller at Distell, which owns the Bunnahabhain, Deanston and Torbermory scotch whisky distilleries.) 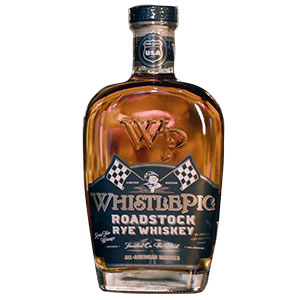 Madein collaboration with Jordan Winery and Firestone Walker Brewery, this whiskey was aged in an 18-wheel “rolling rickhouse” that drove 6,000 miles from the WhistlePig farm in Shoreham, Vermont to California and back. It is a blend of rye whiskies finished in Bordeaux blend wine casks from Jordan Winery as well as a variety of beer casks including Imperial Stout, Imperial Blonde Ale, and Experimental Ale from Firestone Walker.

We've heard of whiskey aged in a cave, a former prison, and other unusual settings, but a rolling rickhouse is definitely a new one. The idea, along with whiskey aged on boats or in the Mississippi River, is that increased movement promotes barrel interaction which could in turn accelerate aging. 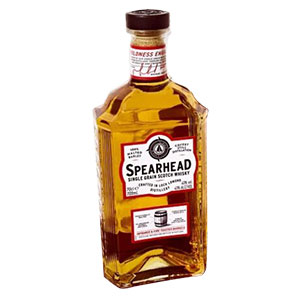 Made using a continuous Coffey style still, this whisky was aged in bourbon barrels then finished in a combination of fire and infrared-toasted virgin American oak barrels.Loch Lomond is currently the only distillery in Scotland using infrared-toasted barrels, which allow for a more precise level of toasting.

Scotch whisky typically falls into two categories: single malt or blended. But it's the use of grain whiskies that give blends their universal appeal and drinkability. Blenders champion the beauty of grain whiskies, which are often overshadowed by the star quality of malts. Scotch whisky blender Compass Box is renowned for its single and blended grain whiskies, including Hedonism and Myths & Legends. With Loch Lomond now entering the field, whisky lovers have a new single grain expression to consider. 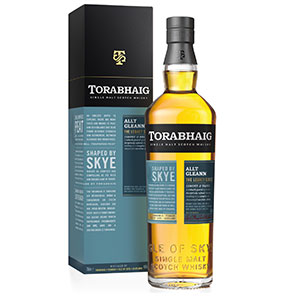 Allt Gleann is the second release in Torabhaig's The Legacy Series, which initially debuted earlier this year with Legacy Series 2017.

Torabhaig is only the second distillery on the Isle of Skye, joining Talisker in 2017. The distillery has set itself apart by making a more peated whisky than Talisker, with the peat sourced from Aberdeenshire. 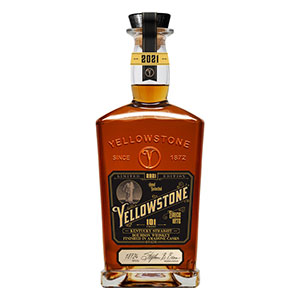 Made at Limestone Branch Distillery in Lebanon, Kentucky, this latest release of Yellowstone's Limited Edition bourbon is a blend of 7 year old and 15 year old whiskeys chosen by master distiller Stephen Beam. Some of the 7 year old bourbon was finished in amarone casks, to better complement the extra-aged bourbon in the blend.

While the 2020 release of Yellowstone Limited Edition was finished in armagnac casks, this year the distillery is highlighting amarone—a rich, red wine that brings out notes of black pepper, tobacco, black cherry, fig, and dark chocolate. 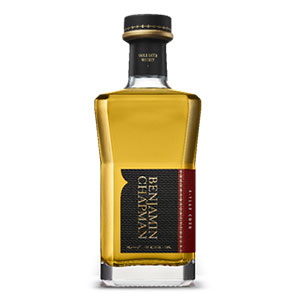 Made with a mashbill of 80% corn, 11% rye and 9% malted barley, this whiskey was matured for 4 years in bourbon seasoned barrels.

Benjamin Chapman previously released a 7 year old Canadian whisky (92 points) and follows that up with this U.S. made counterpart. 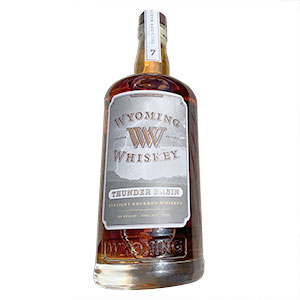 This fifth installment in the Wyoming Exclusive seriespays tribute to the vast grasslands in the eastern part of the state and was crafted from 12 barrels harvested from the middle of the warehouse.

Wyoming Whiskey produces wheated bourbon much in the style of Kentucky distilleries but in a vastly different climate. Previous Wyoming-exclusive releases include Eclipse (2017), Steamboat (2018), Statesman(2019), andHole in the Wall(2020). 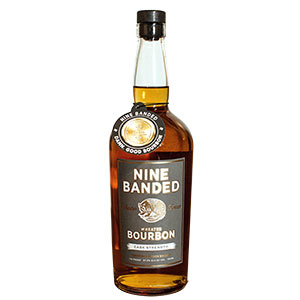 Made with 51% corn, 45% wheat and 4% malted barley, this bourbon is bottled at cask strength.

This is quite a wheater, with a wheat content in the mashbill that's more than twice as high as many prominent wheated bourbons like Maker's Mark and Larceny. The Cask Strength Wheated joins a Straight Bourbon and a Straight Wheated Bourbon in Nine Banded's range. 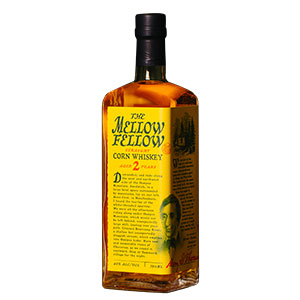 This whiskey was named after American essayist, poet, and philosopher, Henry David Thoreau and features a journal entry in which he describes a visit to Tamworth and the surrounding New Hampshire region on the label. It is made with an organic hybrid of Flint and Dent corn, which comprises 80% of the mashbill.

You may know Tamworth for their inventive approach to whiskey making, like Deer Slayer, which was redistilled with venison and botanicals, or Graverobber, which was blended with maple syrup from a tree growing near a colonial-era gravesite. They keep things a bit more traditional here with Mellow Fellow, which they call an “extremely limited” release.